Don’t Miss Out! Students Get 10% Off All. Year. Round. Find out more

9 Of The Best Halloween Costume Ideas For 2020

Halloween is quickly creeping up on us, and of course we all know it is set to look a bit different this year. But, although big parties and trick or treating are pretty much off the cards, that doesn’t mean you can’t dress up just as you normally would this time around. Whether you’ll be celebrating in your household or just want to get a great snap for your Instagram feed, you’ll need a fun idea to stand out. So, let us introduce you to nine 2020-themed costumes that are so much more creative than something Tiger King-related or a virus-themed look – and show you how to easily recreate them using Topshop product…

Ryan Muprhy’s Ratched has been the show everyone’s been binging this past month. Dressing up as Sarah Paulson’s character Nurse Ratched couldn’t be more simple: all you need is a coordinating structured coat and dress combination, a headscarf, some cat-eye sunglasses and a cute grab bag. Complete with some red lipstick, gloves and a retro hairdo, this is a simple but effective costume that’s so 2020. 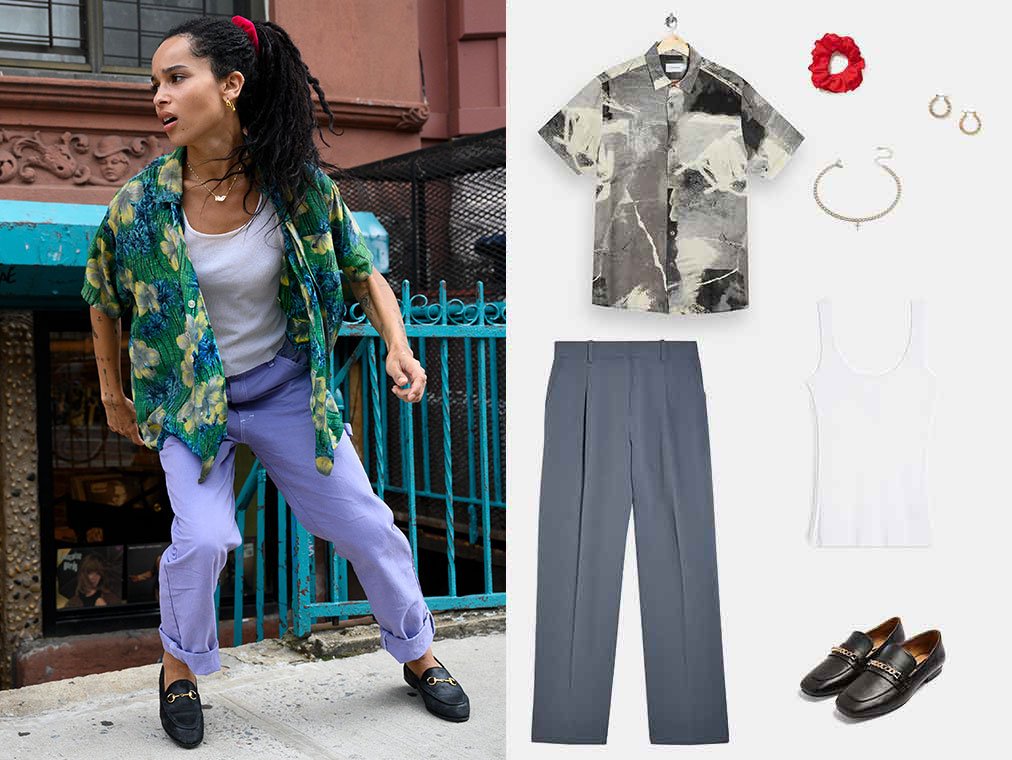 Earlier this year, everyone was talking about Zoë Kravitz’ amazing style as Robyn Brooks in Hulu’s adaptation of Nick Hornby’s High Fidelity. You’ve probably seen her best looks all over your Instagram feed, so now’s your opportunity to finally recreate them for yourself. Unfortunately, the show was cancelled after just one season – but that means it’s even more relevant for Halloween 2020!

If one thing has gotten us through this year, it’s been TikTok – so paying homage to your favourite creator on the app is a great costume idea for 2020. We went with Charli D’Amelio, who- with 93 million followers and counting – is still the undisputed queen of the app. To get her look, simply wear a black slip dress over a white tee and add some chunky ankle boots and then finish it off with some long nails and purple hair streaks. And definitely bring an iced coffee cup, Charli’s ultimate staple accessory.

4. Black Canary in Birds Of Prey 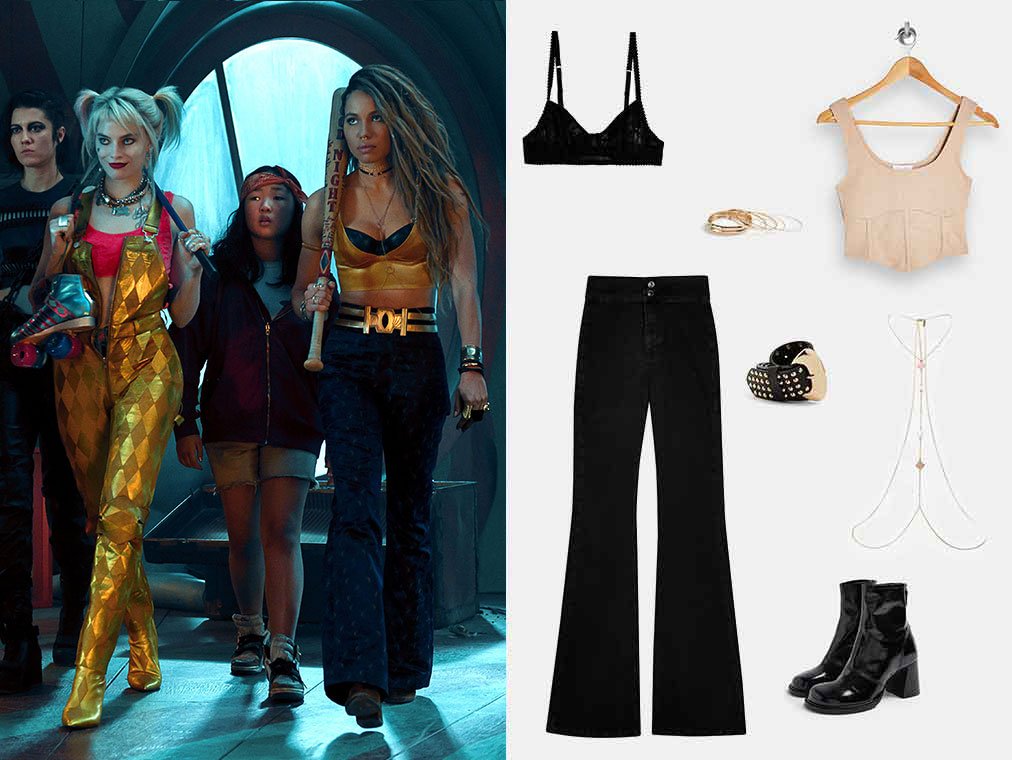 Harley Quinn has been a very obvious costume choice each year since Suicide Squad came out in 2016 – and even though Margot Robbie’s character got a slightly new look in Birds Of Prey (2020), we think it would be way more exciting to dress up as one of her posse in the movie. So we’ve styled an outfit inspired by Black Canary, which now just needs a scribbled-on baseball bat as a prop to be complete.

5. Anyone in the Winx Club 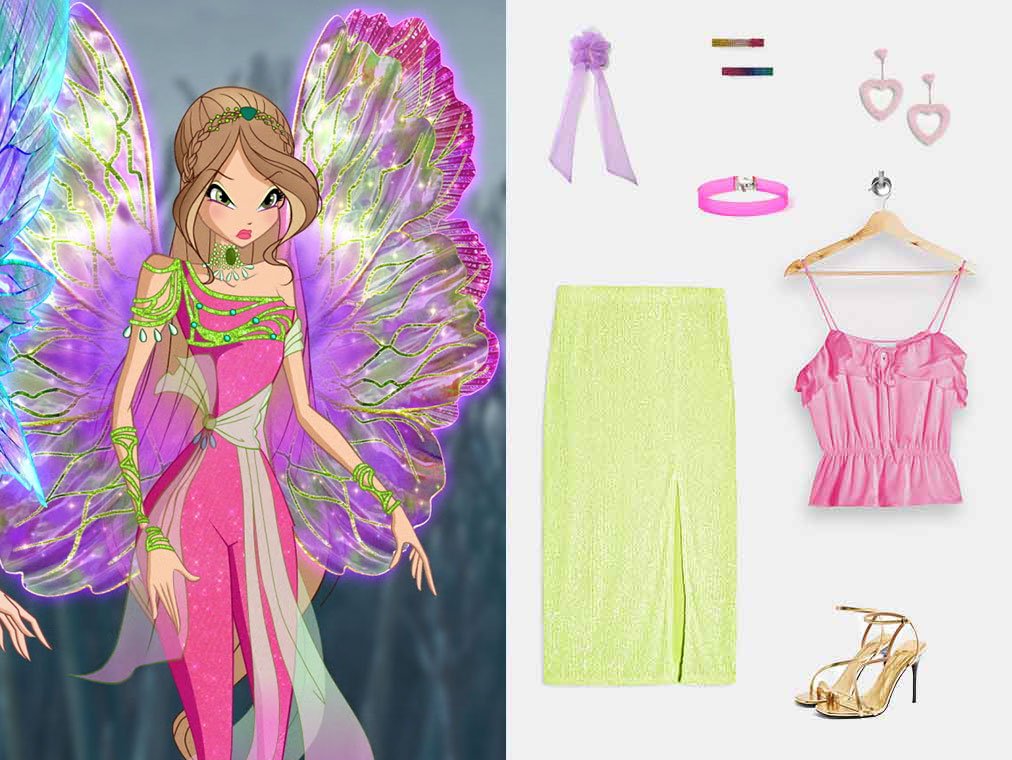 With this one, you’ll be way ahead of the curve. The Winx Club has been trending on TikTok all year but we actually have some exciting news: a live-action adaptation of the popular kids show will land on Netflix later this year! So, recreate your favourite look this Halloween to do it first. All you need are some shiny and sparkly pieces in your character’s colour palette, lots of fun jewellery and – of course – some wings. 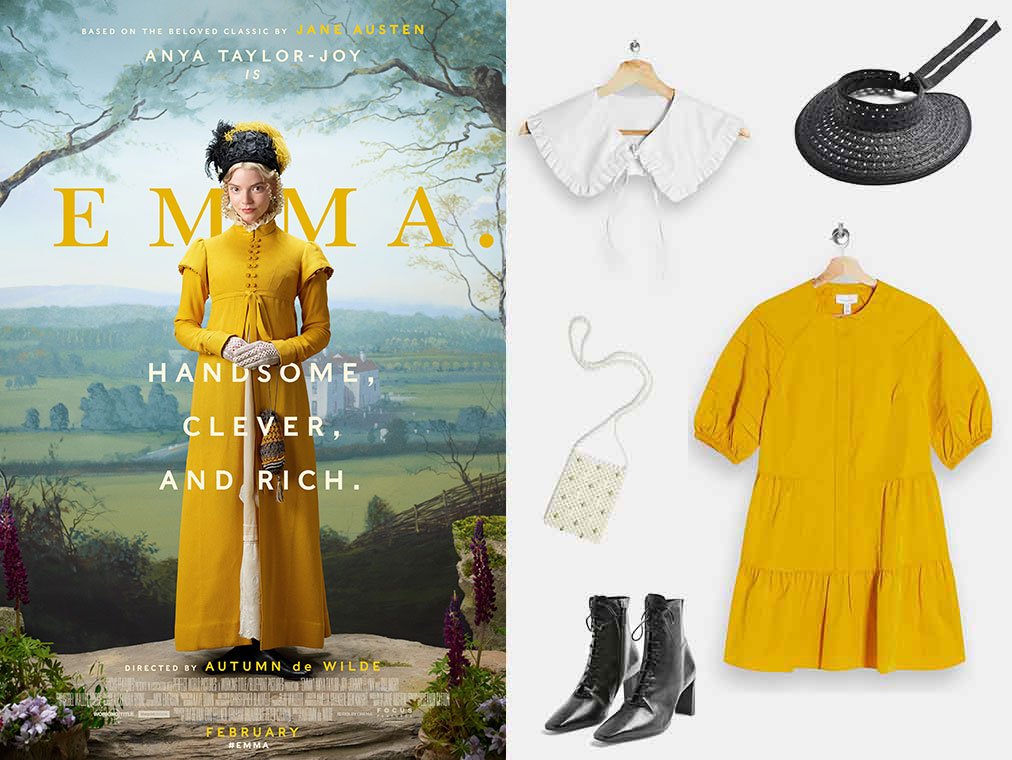 When Emma‘s run in cinema’s was cut short due to theatre closures, it was released to stream from home shortly after and actually turned out to be one of the biggest movies of the year. To dress up as the popular Jane Austen character, look to the poster’s instantly recognisable yellow dress for inspiration. Finished with a big collar and a straw hat (which you can cover in flowers yourself), you’ll look just as ‘handsome, clever and rich’ as Emma Woodhouse in no time. 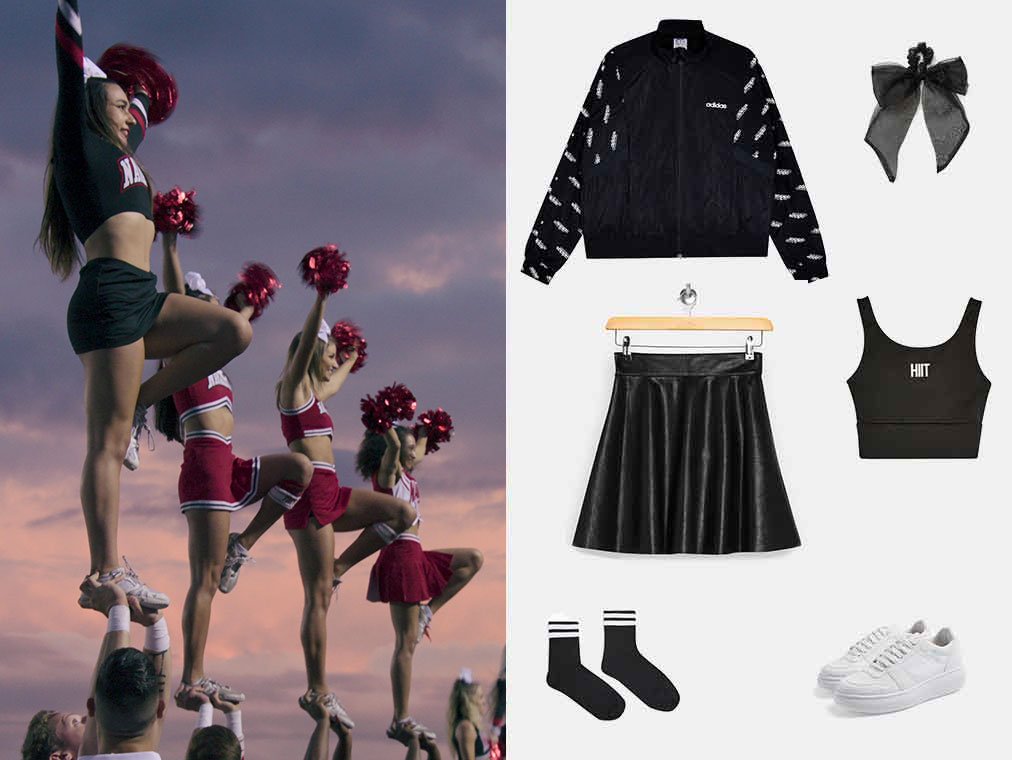 Netflix documentary Cheer has undoubtedly been one of the most-talked-about releases of the whole year. And, seeing as a cheerleader is a pretty popular costume any Halloween, this one should be easy to achieve. Pick a flippy skirt and pair it with a sports bra, some white trainers and a big bow on your head. Do your makeup inspired by the girls in the show and grab some pom poms and you’ll have the Navarro college cheer look down in no time. 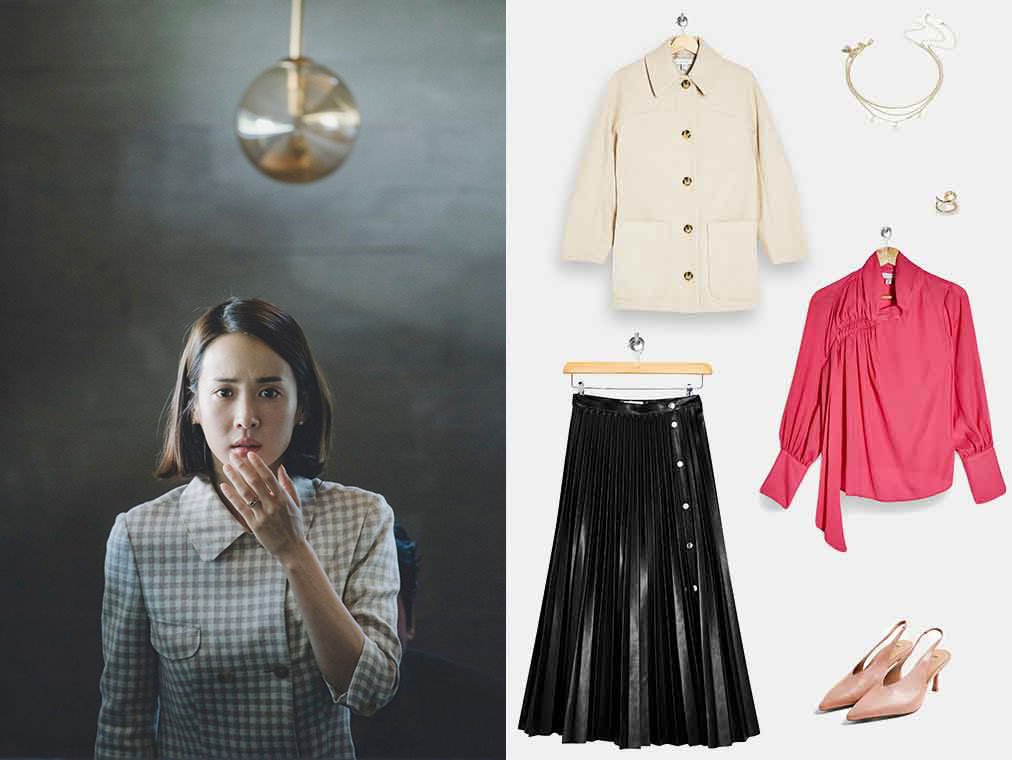 When South Korean movie Parasite won the Best Picture Oscar earlier this year, it made history as being the first foreign language film to receive the biggest award of the ceremony. So, we’re paying tribute to the movie by showing you how to recreate Mrs Park’s look this Halloween. Go for a stylish blouse and a midi skirt, finished with some pearl accessories, slingback heels and a buttoned-up coat – and walk about with a shocked expression on your face to really nail this one.

9. The Schuyler Sisters in Hamilton

Although Lin-Manuel Miranda’s hit musical first premiered back in 2015, the show regained popularity this year when a filmed version featuring the original cast was released on Disney+. The whole internet went wild for it, with reenactments of the most popular songs quickly taking over TikTok by storm. The Schuyler Sisters are a relevant and easy costume for a group of friends – all you need are a yellow, an orange and a blue maxi dress and corsets and people should easily recognise who you’re meant to be.

It’s Scorpio Season! This Is Everything You Need To Know

5 Must-Read Books We Would Bring To A Desert Island

5 Of Our Favourite Autumnal Recipes You Need To Try Now

The Netflix Releases To Watch This January 2020

How, When And Where To Watch The Oscar Nominated Films Of 2020

Stay In The Know

Enter your email address to receive the Topshop newsletter

Welcome to the Topshop blog – a place to read about everything inspiring us from the latest fashion news to styling tips and our cultural tip-offs.